Held once again as a shared event with Formula Car Promotions at Summit’s famous 10-turn, 2-mile Main Circuit, karts and formula cars rotated track time Saturday and Sunday with each group holding the track for one to two hours at a time before breaking for the other series.

All went well in the schedule, as two rounds of WKC practice went off Saturday morning before five race groups competed during day one under sunny skies and hot temperatures in the upper 80s. With a Sunday forecast predicting rain throughout the Shenandoah Valley, a single practice round opened the day’s action and WKC officials were able to condense the schedule down to four race groups with the last contest ending at about 4pm after FRP’s final races ran between 1 and 3pm. The rain stayed away and on-track action was never halted, as only a few light sprinkles fell at different points of the afternoon and any inclement weather stayed to the south of the West Virginia panhandle.

The event capped a four-race WKC season at Summit Point, which opened Easter weekend at the Shenandoah Circuit. A huge AKRA National season opener in May on the Main Circuit marked the best-attended kart race at Summit in years with over 475 race entries, and summer events in July at Shenandoah and this past weekend wrapped up an outstanding 2022 campaign for the 60-plus-year-old kart club.

“On behalf of the Woodbridge Kart Club, I want to express my gratitude to all our members, sponsors and participants at our WKC events this year. Without your support, WKC would not be the club it is today. We had a great year thanks to everyone’s effort and support.” Kassy said.

Racing was safe, fast and fierce throughout the weekend. One red flag ended Saturday’s final race group prematurely when Cole Ritter wrecked in Turn 3 while leading 4-Cycle Sprint 390 Final 1. Ritter was transported to Winchester Hospital with a hand injury, and we’re happy to report he was back at the track Sunday and he hopes to race at the Pittsburgh Nationals this September.

The largest class of the weekend belonged to CIK LO206 Sprint Final 1 with 24 racers taking the green flag. A spirited five-kart battle for the victory was claimed by veteran WKC racer JC Sanders, who won his first race of the year. Sanders crossed the stripe a mere 0.019 seconds ahead of Sean Conlon with Ryan Breedlove P3, Bill Gerland P4 and Hank Hefner P5.

Shane Smith continued his domination of Junior LO206, winning Final 1 by a 35-second margin over Rylee Arensdorf. Peyton Worm was right behind Arensdorf for third of six starters.

Madison Ulm dominated the Cadet Sprint Final 1 contest. She won by a big margin over Riley Morgan and Levi Smith.

A number of classes took the green in Saturday’s third race after the formula cars ran a couple of their races.

Makena Rice picked up her first win of the weekend in DKC IAME Sprint Final 1. Rice won by a healthy advantage over Robert Wimmer with Dennis Whittaker P3.

New York’s Ed Shampine made it two AKRA wins in a row in Piston Port Sprint. After winning Sunday’s Final 2 at Nelson Ledges Road Course in Ohio in July, Shampine backed it up with a Final 1 win at Summit over Massachusetts racer Adam Trumbley. James Leins was third.

CIK LO206 Heavy Sprint was the largest class in the group with 15 entrants. Bill Gerland picked up his second WKC win of the season after claiming a victory in the season opener at the Shenandoah Circuit in April. Gerland edged out Ryan Breedlove by a 0.019-second gap. Ryan Miller, Jon Miller and JC Sanders all crossed the stripe a couple seconds back of the top two in third through fifth.

Twenty drivers took the green in 100cc TaG Final as this division continues to grow at road racing events. Makena Rice scored her second win of the day with an 8-second victory over teammates Eric King and Ryan Miller. Paul Pendleton was fourth and David Casaperalta rounded out the top five.

Rob Wells picked up the 4-Cycle Sprint 390 Final 1 win over Bill Lewis with Walter Knight third. Cole Ritter held a big lead until he went for a wild ride in Turn 3, effectively bringing out the red flag and cutting the race short. He was credited with fifth as the last kart on the lead lap.

A big group of more than 40 karts took the green in Sunday’s first contest with the largest class 100cc TaG Final 2 at 20 entrants. Ryan Miller scored a big win when he and Eric King drafted by Makena Rice coming to the checkered. Miller crossed the stripe 0.049 seconds in front of King with Rice only 0.150 seconds back. David Casaperalta was fourth and Paul Pendleton fifth.

Paul Kennedy claimed his second win of the weekend with the score in CIK TaG 125 Lite Final 2. Kennedy won by a 10-second margin over John Morris; Greg Heberle was third of seven starters.

Sebastian Sagastume won CIK TaG 125 Heavy with Robert Wimmer and Dennis Whittaker Jr. only a few kart-lengths back in P2 and P3.

Steven Waddell barely held off Pascual Torres to win CIK 125 Shifter Final 2. Torres had his right-side tires in the grass trying to pass Waddell as they came to the checkered but had to settle for P2.

Virgil Gross made it a sweep of Stock Honda Heavy. Gross won by a 9-second margin over Mark Eller with Juan Carlos Peirano third.

Bill Gerland is getting hot in CIK LO206 competition as the veteran scored his second win of the weekend in the day’s largest division, CIK LO206 Sprint Final 2. In another wild finish with six karts dicing for position coming to the checkered, Gerland was able to stay ahead of Brian Donati by a 0.065-second gap to pick up the victory. Donati would take second in his best run of the season while Indy Kassy edged out Kyle Banovetz for third. Sean Conlon rounded out the top five and Ryan Breedlove lost a few spots on the final straightaway and settled for sixth.

Shane Smith made it a sweep of Junior LO206 with a 6-second win over Rylee Arensdorf. Peyton Worm was third ahead of Samuel Powell and Ryan Suralik.

Madison Ulm again dominated the Cadet Sprint class, winning by more than a lap over Riley Morgan and Levi Smith.

Kekai Hauanio’s extra track time in Saturday’s Piston Port race paid off Sunday as the senior rookie drove to a convincing win in Yamaha Pipe Final 2. Hauanio, who dropped more than 2 seconds in lap times between Saturday’s race and Sunday’s, won by a 22-second margin over Scott Stauffer, who had to settle for second two days in a row after finishing P2 to Nate Grindell Saturday. Nate Morgan was third with Adam Trumbley fourth and Jeff Schreiber fifth. Grindell dropped out early and was credited with eighth.

Ed Shampine made it a sweep of Piston Port Sprint with a 13-second win over Adam Trumbley to close out the weekend. Ben Eberhart again beat out his teammate Arthur McKenny in Vintage Piston Port Final 2, and Shane Smith completed a four-win weekend with the win in Junior 100cc TaG Final 2 over Aiden Astarb and Caitlyn Ulm.

While the WKC-hosted season at Summit Point is now complete, there’s still one more race that counts toward Woodbridge Kart Club 2022 series points. Many WKC teams will be in action this September 23-25 with the Dart Kart Club-hosted AKRA Pittsburgh Nationals at the popular Pittsburgh International Race Complex in Wampum, Pa.

Pre-registration is now open for Pitt, and as of early this week more than 350 race entries had already been received. To view the Pittsburgh Nationals weekend schedule and online pre-registration page, go to dartkartclub.com. 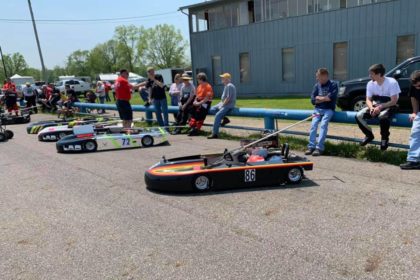 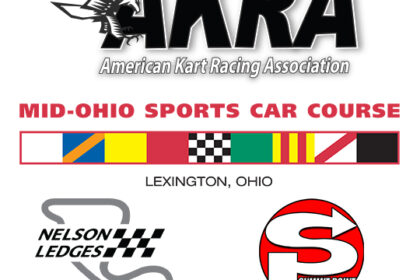 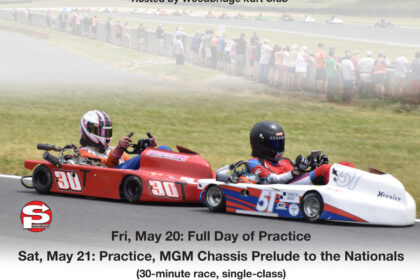 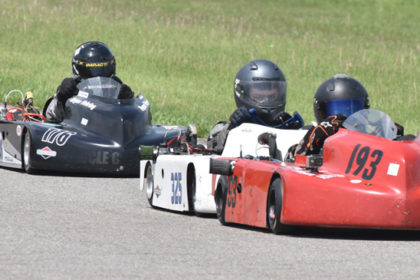 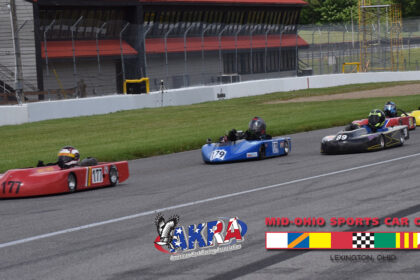 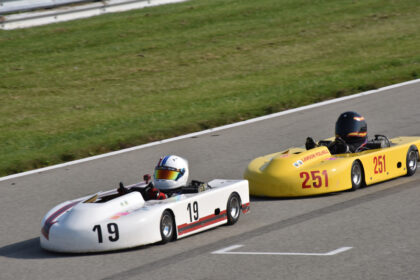