“This year the hall was bigger and there were more vendors this year, “ said AKRA President/CEO Bill McCutcheon.

AKRA was one of 23 vendors who had 750 potential customers pass their booths.  “Last year we just had karts,” explained show promoter, Lewis Stout.  This year we opened it up to other types of small engine racing like Jr. Dragsters, pulling garden tractors, racing lawnmowers, drag mini- bikes with different styles.

“We also had a small block open 310cc engine dyno-challenge where those interested could see the action on a split TV monitor in a trailer equipped with digitally lit RPM and torque displays. We also had an Open Billeted Class. Brad Hill Motorsports sponsored the Dyno Challenge.”

“Next year we plan to have Head Flow tests.  The head that flows most wins.”

Shriners buzzed around the show in their little cars and a 50/50 was held with the profit going to a local children’s hospital.

Stout noted that he’s already making plans for an even bigger and better show next year. 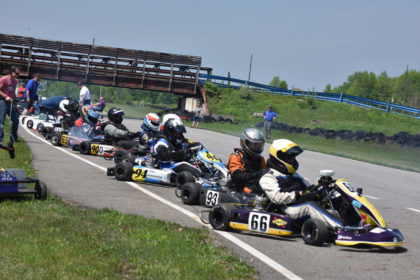 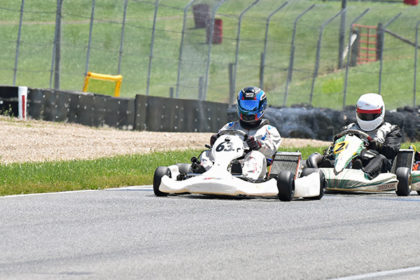